From Lemoyne, Québec, Maxime Talbot was born on February 11th, 1984. In the QMJHL, he was named team captain of the Hull Olympiques in 2002-2003. Talbot led the Hull/Gatineau Olympiques to back-to-back President's Cups while earning the Guy Lafleur Trophy as playoff MVP both years. Before the start of the 2004–05 NHL season Talbot was signed by the Pittsburgh Penguins and made their opening roster in 2005, quickly becoming an important asset to the penalty kill. Talbot is what you call a clutch player, always at the top of his game when it counts the most. In the 2008 Conference Finals against the Philadelphia Flyers, Talbot scored the game-winning goal in the third period of Game 2. In Game 5 of the 2008 Stanley Cup Finals against the Detroit Red Wings, he scored the tying goal with 35 seconds remaining. And most importantly, in 2009 Talbot scored both of the Penguins' goals in the seventh and deciding game of the series to capture the franchise's third Stanley Cup. In 2011, Maxime Talbot signed with the Philadelphia Flyers and beat his former team during the 2012 playoffs.  Talbot is an outstanding energy forward and penalty-killer. He is a versatile and gritty player who plays with tremendous passion and displays sound leadership ability. 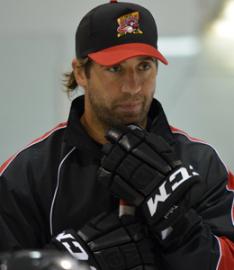