Asham is a proud Métis from Portage La Prairie, Manitoba, born on April 13th, 1978. Although he was a top scorer in WHL’s Red Deer Rebels-with an impressive 88 goals in his last 2 years, Arron knew if he wanted to play in the NHL he would need to change his style of play. He was drafted by Montreal 71st overall in 1996 and made his NHL debut with Montreal during the 1998–99 season. After four years with Montreal, he was traded to the New York Islanders where he became a major offensive contributor on his team, playing on both the power play and penalty kill. After the 2007-08 season, Asham signed a two-year contract with the Philadelphia Flyers. In the 2010 playoffs, Asham scored four crucial goals, including the goal that essentially eliminated the Canadiens, as the Flyers defied expectations and reached the Stanley Cup Finals for the first time since 1997. Asham then went on to play for the Pittsburgh Penguins for 2 seasons before signing a two-year contract with the New York Rangers on July 1, 2012. Asham is known in hockey for being one of the best pound-for-pound fighters to ever play in the NHL. He owns a solid work ethic and is strong along the boards. Is also willing to crash the net to create scoring chances and is a pretty good scrapper. 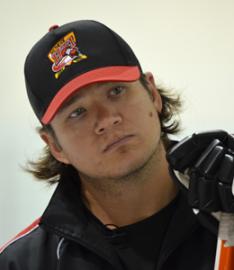