Randy Lee has been with the Ottawa Senators long enough to see eight head coaches, six general managers and three owners. He has been with the organization longer than the Scotiabank Place or pretty much anyone in the organization. Before making the leap to the NHL, Lee was the strength coach for the Hull Olympiques. He is a graduate from McMaster University with a degree in physical education. Lee also completed his master’s degree at the University of Ottawa, specializing in sports administration. Prior to becoming Director of player development for the Senators, Lee was the team’s conditioning coach as well as video coach. Lee’s tasks are various and focus mainly on the management and evaluation of the development of players throughout the team’s system, including prospects at the American Hockey League, college, junior hockey and European league levels. He also works with the Senators active roster, guiding them with all facets of their development, both on and off the ice. 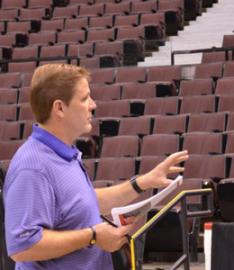