Born on January 7th, 1992, NHL defenseman Erik Gudbranson is from Ottawa, Ontario. He played AAA Minor Midget in the OEMHL with the Ottawa Jr. 67's before being drafted fourth overall in the OHL by the Kingston Frontenacs in 2008. In 2009-10 he was awarded the Bobby Smith Trophy, which is given to the Scholastic Player of the Year. Gudbranson was selected third overall by the Florida Panthers in the 2010 NHL Entry Draft. He made the team for the 2011-12 NHL season and made his NHL debut against the New York Islanders on October 8, 2011. On an international level, Gudbranson was part of Canada’s 2011 National Junior Team and helped Canada win the silver medal in the World Juniors Championships.  Gudbranson is considered a complete defensive package. He is skilled, intelligent and an unremitting defender. He is a natural, vocal leader both on and off the ice and has a dominating physical presence. Not to mention Gudbranson has a killer shot. 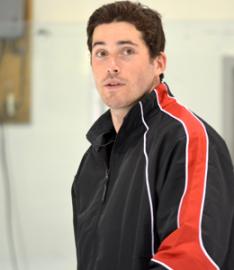